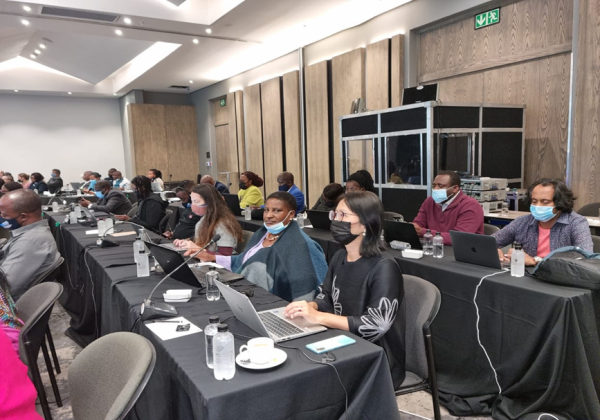 When there is a common goal, geographical locations do not matter. Angola and Mozambique, though linguistically alike, are geographically disperse. Nonetheless, Education for Sustainable Development (ESD) has posed itself as a common goal for the two countries alongside other SADC countries. Angola and Mozambique launched the Sustainability Starts with Teachers (SST) programme, fondly called A Sustentabilidade Começa com Professores by the participants, with a two-day workshop in Sandton, Johannesburg, South Africa from 16 to 17 March 2022. Through the workshop, the participants were able to develop a shared understanding of the context for ESD in their countries, initiate the implementation of the SST programme, share its vision, objectives and expected impact as well as discuss the implementation processes of the SST programme.

Both Angola and Mozambique have enabling policy framework for ESD integration into their education systems. However, teacher educators acknowledged systemic weaknesses in teaching sustainability issues in school and teacher education institutions. The main constraining factors raised include the general lack of understanding of ESD, which leads to a lack of political will, and supporting structure within institutions. Participants also pointed at poor implementation plans, resistance to transform to ESD-compliant pedagogies and an exam-oriented system that appears to promote rote learning as other constraints to ESD integration in their education systems. The gaps and opportunities presented during the workshop inspired participants to start brainstorming their institutional change initiatives in Teacher Education and TVET institutions. These initiatives are known as “Change Projects” the Angolan and Mozambican participants passionately call the Projectos de Mudança.

Going back home, the participants will recruit more teacher and TVET educators who will attend a regional online course on ESD from May 2022. The course will give participants an opportunity to present and develop further their Projectos de Mudança.

Prior to the SST workshop with the Angolan and Mozambican participants, there was a UNESCO-SADC ESD Policy Dialogue from 14 to 16 March 2022. In her opening remarks, Professor Lidia Brito Arthur, the Regional Director of UNESCO Regional Office for Southern Africa, relied special message to the participants that: “The work that you will do in your institutions under the SST programme will feed a lot into the SADC Strategic Framework for ESD that we have been developing in the past two days. The aim is to work together as a region within the context ESD 2030 framework.” The Director’s remarks recognize a need for synergies towards ESD for 2030.